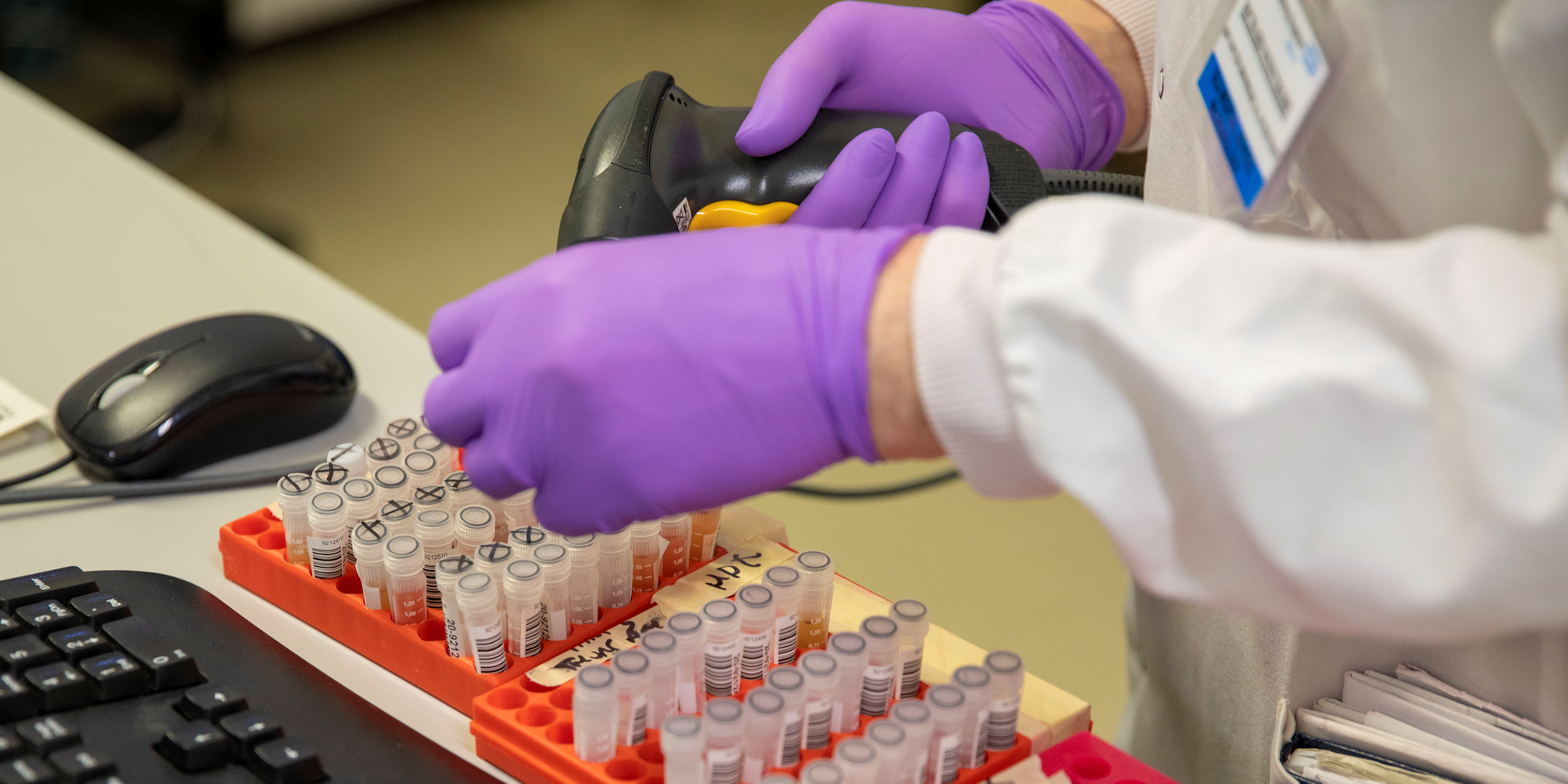 A COVID-19 testing laboratory photographed on March 12 in Leeds, UK.

As BC counts up an ever-increasing total of confirmed COVID-19 cases (472 as of Monday), limitations in the province’s testing capacity necessarily means that the official count is only a fraction of the total British Columbians with the disease.

“It is impossible to know how many people have it,” one Vancouver Island doctor who wished to remain anonymous told The Capital.

BC has been aggressive at pursuing COVID-19 tests, and in the early stages of the outbreak could boast of testing more people than the entire United States. BC laboratories have completed about 21,000 tests in total and are adding to that tally by upwards of 3,000 per day.

Alberta has done a bit better by completing nearly 30,000 tests despite seeing its first COVID-19 cases much later than in BC. Nevertheless, BC has an impressive record as compared to Ontario, which despite having more than double the population has completed only 28,000 tests.

But in a province of 5 million people where COVID-19 has already been confirmed in every single regional health authority, the BC Ministry of Health has needed to dramatically triage who gets tested.

As of Monday, to qualify for a COVID-19 test, a British Columbian has to be showing respiratory symptoms and also be either a healthcare worker, a resident at a care home, someone who has been exposed to a known outbreak or someone whose symptoms have put them in the hospital.

In the case of healthcare workers, the testing is done to see if they can still safely report for duty – an increasingly critical factor given the looming threat of severe healthcare shortages. For everyone else, the testing protocols are meant to help zero in on the most dangerous outbreaks before they can spiral out of control. As has been shown both in BC and abroad, an outbreak of COVID-19 in a hospital or care home typically yields the most deadly results.

However, BC’s narrow parameters have necessarily skewed the BC data on COVID-19 cases. According to the latest numbers from the Province of BC, there are no confirmed cases in patients under the age of 10 years old. Meanwhile, BCers aged 90 and older ranked as the demographic most disproportionately affected by COVID-19; despite representing less than 1% of the population they were found to have 7% of the province’s coronavirus cases.

If BC is like the other regions of the world affected by COVID-19, the virus is probably infecting children at a higher rate than most other demographics; a pretty standard outcome in any pandemic. However, given the testing parameters, there are almost no circumstances in which a BC child with respiratory symptoms would qualify for testing. And, with testing focusing in particular on outbreaks at Vancouver-area care homes such as Lynn Valley Care Centre or the Haro Park Centre, residents 80 years and older have necessarily been tested at a higher rate than the rest of the population.

Young women also compose a disproportionate share of BC’s COVID-19 cases. As a Ministry of Health statement explained, “this is because we have seen younger, female health-care workers with the virus – mainly related to the Lynn Valley Care Centre and other long-term care outbreaks.”

Meanwhile, thousands of BCers not in the testing criteria are likely nursing latent cases of the novel coronavirus at home. As provincial authorities have been advising for weeks, anybody showing a fever, cough, sore throat or other symptoms consistent with coronavirus should simply self-isolate at home for at least 14 days and not seek out a test.

“While we do recognize that people who have symptoms and have had an exposure may have this disease, it doesn't mean that everybody needs to be tested,” said provincial medical officer of health Bonnie Henry in a Monday update.

Ultimately, the one factor holding up a more comprehensive picture of COVID-19 is lab capacity. The Public Health Agency of Canada has sent out an urgent call for 47 individual chemicals and pieces of lab equipment needed to test for COVID-19; laboratories across the country are being asked to scour their cupboards for the items and courier them to a COVID-19 laboratory as soon as possible. Meanwhile, frontline healthcare facilities are also facing a critical shortage of swabs needed to take samples for the test.

In the coming days, BC is going to begin expanding the criteria for who counts as a confirmed COVID-19 case. A new category called “epidemiologically linked cases" will tally up all those who have developed COVID-19-like symptoms after coming into contact with a test-confirmed case. If the spouse or child of a COVID-19 patient starts running a fever, for instance, they’ll be added to the provincial total without the need for a test.

“That will give you a better sense of the numbers of people who have been affected by this disease here in BC,” Henry said Monday.