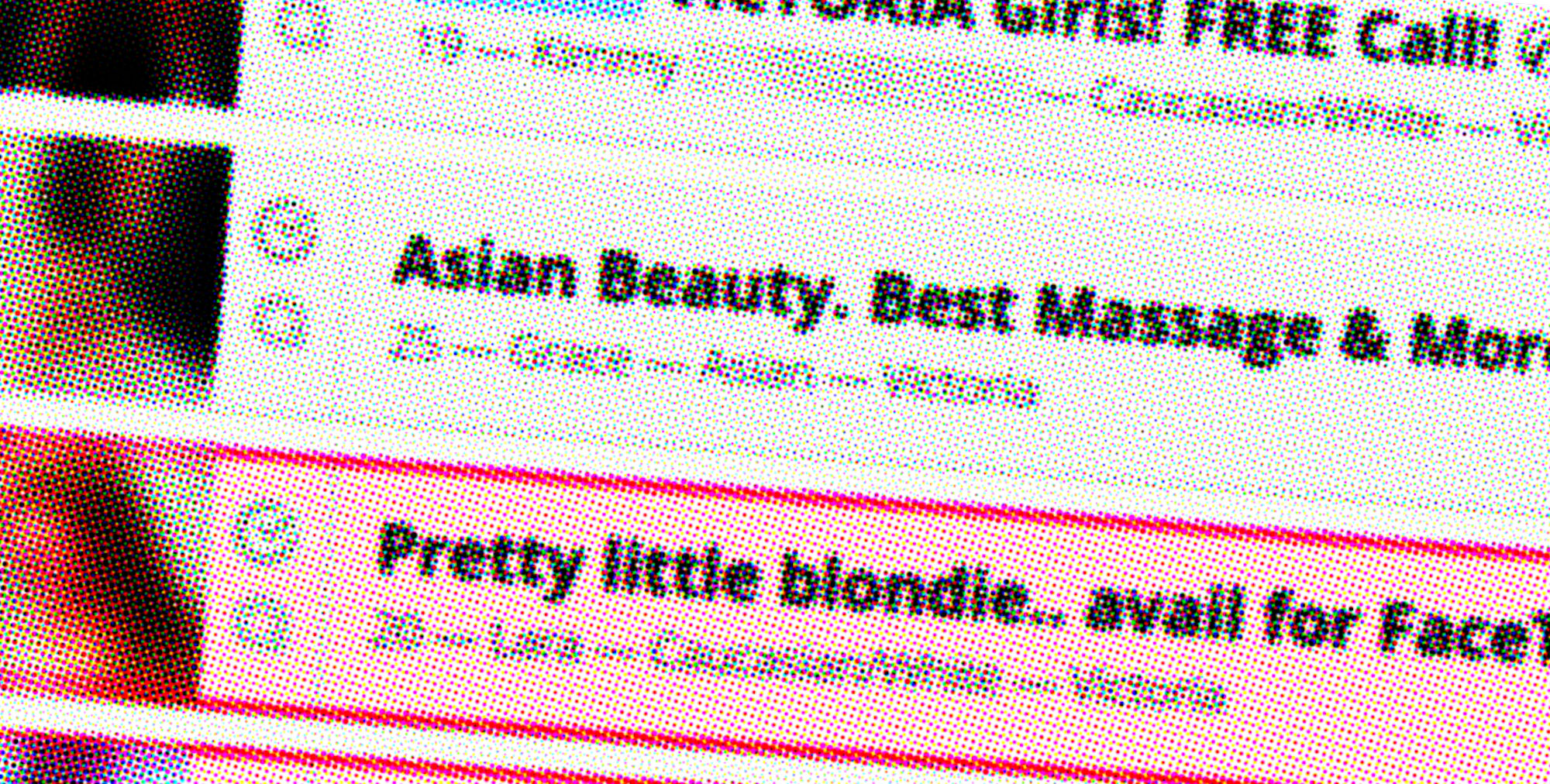 Thirty-five-year-old sex worker Clara (her working name, not her real name) has a purse that is large and messy—but, she quickly explains, for good reason. “I live between three places: my apartment, my boyfriend’s, and the [escort] agency. I’m always on the go. I need to have everything on me.” She gives The Capital precisely 12 minutes of talk between bookings.

When she heard about a Victoria Police operation that saw officers posing as clients to invite workers like herself to a hotel room in hope of exposing illegal activity, she was concerned.

“If it was a real opportunity to be given real help, that’s a great idea. As long as they [the police] are direct and those girls didn’t get in trouble and knew they could leave, I don’t see an issue,” said Clara. “But I’ve seen it in the US, police going after sex workers in general but pretending they are after sex traffickers.”

Last Thursday, Victoria Police announced that they had successfully completed an operation to “reach out to victims of human trafficking.” Posing as “Johns,” plainclothes officers arranged for meetings with area sex-trade workers at a local hotel. Once the women arrived, they were greeted by an officer and a social worker and provided with resources to escape the sex trade. As the police wrote, they took a “victim-centered approach, with a primary focus on support for potential victims of exploitation and awareness about available resources.”

But not only did all eight women reject the offer, but the operation appears to have largely drawn opposition from Victoria-area sex workers, who insist they operate by choice without the coercion the police seem to expect.

Rachel Phillips, the director of Peers, a Victoria non-profit serving sex workers, does not believe sex trafficking is as prevelant in Victoria to warrant such an invasive operation. "We are not seeing this issue through Peers and we substantively and regularly interact with the sex industry and sex workers locally.”

"We are unclear as to why VicPD chose this approach and we haven't had a chance to talk to them yet. The sting is a departure of practice; up until recently VicPD's approach was to work with Peers and sex workers to identify their concerns and needs.”

Phillips’ sentiment is mirrored by a 2020 report out of Simon Fraser University, which cited criticism of Canadian law enforcement for making “little to no distinction between trafficking, sex work and migration.”

That same report found trafficking in Canada to be geographically concentrated in the centre of the country with 85% of related convictions taking place in Ontario and Quebec. BC accounted for just 3.7%. Overall, human trafficking accounted for 0.02% of criminal incidents reported to the police in 2016.

Six of the eight workers approached by Victoria Police agreed to sit down and speak with the police and the attending social worker. Each woman was offered a “Go Pack” containing gift cards, clothes, toiletries, and support numbers, should they decide to leave their profession or in the instance they needed to escape from being trafficked.

Ultimately, VicPD did not confirm any of the attending workers were being forced to work.

The operation appears to be in response to the January 2020 arrests of four Vancouver Island residents who were charged with human trafficking in Saskatchewan. One Victoria media outlet claimed these arrests just “skim the surface” of Victoria’s sex trafficking problem. “Finding zero of something does not constitute a ‘prominent’ problem; indeed zero of something suggests the opposite, no?” said Sophia Ciavarella, Operations Manager at PEERS.

While police and sex workers may differ on the details, sex trafficking does indeeed exist in Canada and Victoria.  In 2014, Canada’s largest human trafficking sting operation, Operation Northern Spotlight, began in Ontario with just two officers and by 2016, grew to 53 police across nine provinces. At its conclusion in October 2016, the RCMP reported it was a success; it removed 16 people across Canada from “exploitative situations'' and charged 32 people with offences related to trafficking. However, Phillips said this operation came at a great cost: “Hundred and hundreds of people were detained, interviewed, and interfered with for a very small number of convictions and the longer term impact is that those individuals have had a negative experience which leaves them with the opinion that police are to be avoided and feared."

A search by The Capital of LeoList, one of the sites VicPD used to contact the workers, unearthed a multitude of suspicious listings. The use of reverse image and phone number search tools revealed several duplicate images with different names and locations. Listings for multiple workers appeared similar in word choice, syntax and style like they were written by the same person. One phone number listed for several sex workers claiming to be based in Victoria is registered to a town in Florida.

“Sex trafficking does exist in Victoria,” said Clara. She related the story of a co-worker at her escort agency who awoke during a date as though she’d been drugged with the John taking photos of her naked body, ID laid out next to her. “She’s got children, she’s vulnerable [to being trafficked]. Yeah, it happens.”

The usual protections for Victoria’s sex workers are peer-to-peer monitoring communities like Peers, in addition to sex industry collaborations with police. “Any sex worker is more qualified to evaluate consent or potential trafficking or exploitation than any cop," said Sophia Ciavarella with PEERS.

Prostitution laws in Canada have recently been reformed but are still far from decriminilizing sex work. In 2014, Bill C-36 was introduced to protect sex workers from being criminally prosecuted from selling sexual services. but according to the Department of Justice website, “Bill C-36 treats prostitution as a form of sexual exploitation that disproportionately impacts on women and girls.” The law still criminalizes the purchase of sexual services and third party involvement such as advertising for sex services on behalf of a worker.

Phillips and advocates are asking police to review their tactics when dealing with this issue, and to return to a collaboration between law enforcement and the sex industry.

Three self-identified sex workers contacted by The Capital described the tactics employed in the Project No More operation as “terrifying”, “interfering”, and “harassment.” One pointed out that it wasted the worker’s time—and time for every businessperson means money.

But Clara believes this is somewhat justifiable, “if I missed a call or two—fine. But I’d rather go checked than unchecked.”