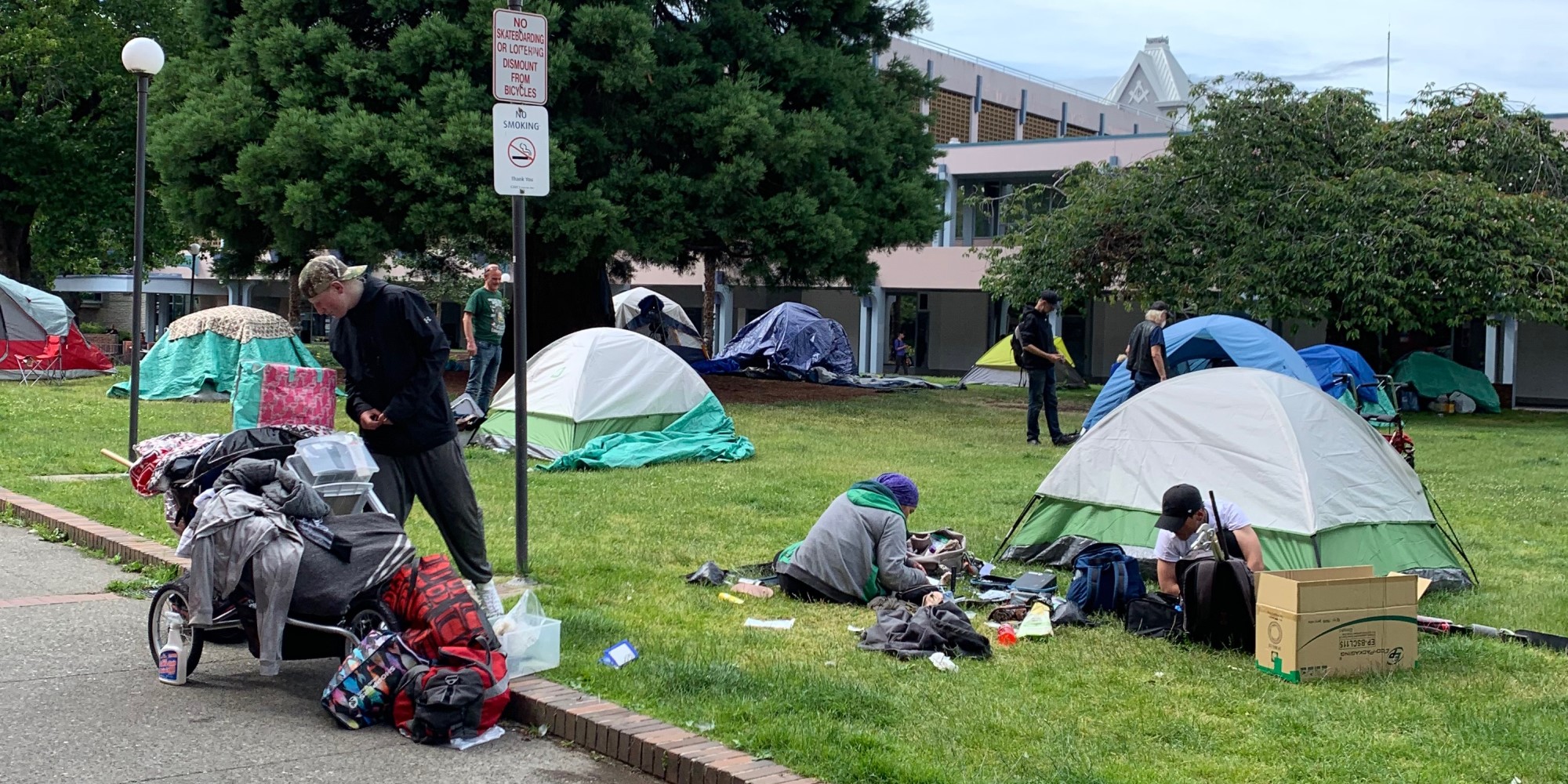 As soon as COVID-19 hit Vancouver Island, local authorities were quick to identify the homeless demographic as among the most susceptible to infection. The community already had plenty of pre-existing health conditions and was unable to socially distance. Just as street communities had been hit hard by the overdose crisis and the HIV pandemic, it was believed they would also be uniquely vulnerable to an aggressively contagious respiratory disease.

Emergency provisions were made and tens of millions of dollars were spent on safeguarding this part of the population. However, in both Vancouver and Victoria, street communities proved remarkably resilient to outbreaks, puzzling epidemiologists, outreach workers, and members of the homeless community themselves.

“First of all, the public isn't completely aware if the homeless population has avoided infection in BC entirely. The BC Centre for Disease Control [CDC] is not being transparent with their infection data,” said Dr. Matthew Little, epidemiologist and Assistant Professor in the School of Public Health and Social Policy at the University of Victoria.

Little offered several reasons why the homeless community have not been significantly impacted by infection. Firstly, they spend a lot of their time outdoors where a virus is less transmittable as there is more space and less human-to-human contact.

Secondly, BC’s swift response to the outbreak which included re-housing those in need and providing hygiene facilities. As soon as the COVID pandemic hit, the BC government raced to shelter the homeless community through the acquisitions of hotels and a series of ill-fated temporary tent sites.

And, finally—“Homeless populations are actually somewhat insulated from close contact with other members of society. They do not tend to travel much and are often in limited contact with international travelers and others that comprised the initial cases of COVID,” said Little.

One outreach worker explained Victoria was quick to “cancel tourism” and this helped the vulnerable, “The people that panhandled were only panhandling to locals [that were safe].” The worker explained that local agencies did their best to follow the nation-wide COVID-19 prevention mandate including standing six feet apart, wearing masks, and providing hand washing stations.

"[We were also fortunate that] workers were willing to put themselves at risk during the early days when we did not know what direction COVID could have taken in Victoria. It could have gone either way” said the worker.

Another grimmer reason for the community’s resilience is the simple fact that homelessness and addiction dramatically reduce life expectancy; as the statistics now show, COVID-19 is a disease whose fatalities are almost exclusively comprised of patients older than 65.

However, on Vancouver Island  in particular, homeless communities joined everyone else in benefiting from some of the lowest overall rates of COVID-19 in the region.“The big thing is that there is so little exposure here [on the Island] because of the few cases,” said Paul Fenje, a former medical doctor who patrons Our Place Society.

To date, there are only 130 recorded cases and five deaths due to COVID-19 on Vancouver Island.

Victoria and Vancouver’s vulnerable population fared better than Calgary and Toronto. Last month, Calgary mapped outbreaks in two homeless centres. In Toronto, also in May, a shelter was closed down for two weeks after COVID-19 claimed the lives of two residents and infected 18 others. The City of Toronto has connected 451 COVID-19 cases to the shelter system. In the US, medical researchers are keeping close tabs on their emergency beds where they say the spread is rife and “under the radar”.

“We may have also had possible low numbers of cases in Victoria because we have so few shelter beds,” said Margo L. Matwychuk, a homelessness researcher at the University of Victoria. Matwychuk said there are 175 shelter beds for a counted population of 1525 homeless people. “I have heard that other cities had cases spread quite quickly in shelters.”

“As [provincial health officer Bonnie Henry] keeps saying, you are safer outside than in small confined spaces with lots of people. This might suggest that people might have been less at risk living in tents dispersed around the city than now being confined in the arena,” said Matwychuk.

The City of Victoria, BC Housing, and other agencies spent $18.5 million on the purchase of the Comfort Inn and around $15 million for Paul’s Motel Inn  for temporary housing for those in need. Save-On-Foods Memorial Center and the Howard Johnson hotel, among other facilities, were repurposed into lodgings and safe injection sites.

According to two outreach workers The Capital spoke with, the focus on COVID-19 has eclipsed the other pandemic—illicit drug overdoses. "We have still lost many vulnerable people to overdoses this year. They didn't die from COVID; they died from bad drugs," said one. “People are dying in record numbers from adulterated drugs. COVID has messed up the [drug] supply chain,” said the other.

In March 2020, the BC Coroners Service recorded 113 deaths from drug toxicity.

Even though Victoria’s COVID-19 infection rate and death toll is minor—compared with the rest of of Canada—epidemiologist Matthew Little says “the homeless population has been disproportionately impacted by the secondary impacts of the pandemic.”

He suggests that the pandemic has exacerbated issues of the homeless community including food insecurity, employment insecurity, access to healthcare services, access and cost of street drugs.

“So it's inaccurate to say the homeless population hasn't been impacted,” said Little. “They have— just perhaps not by the disease itself as much as we might have expected.”