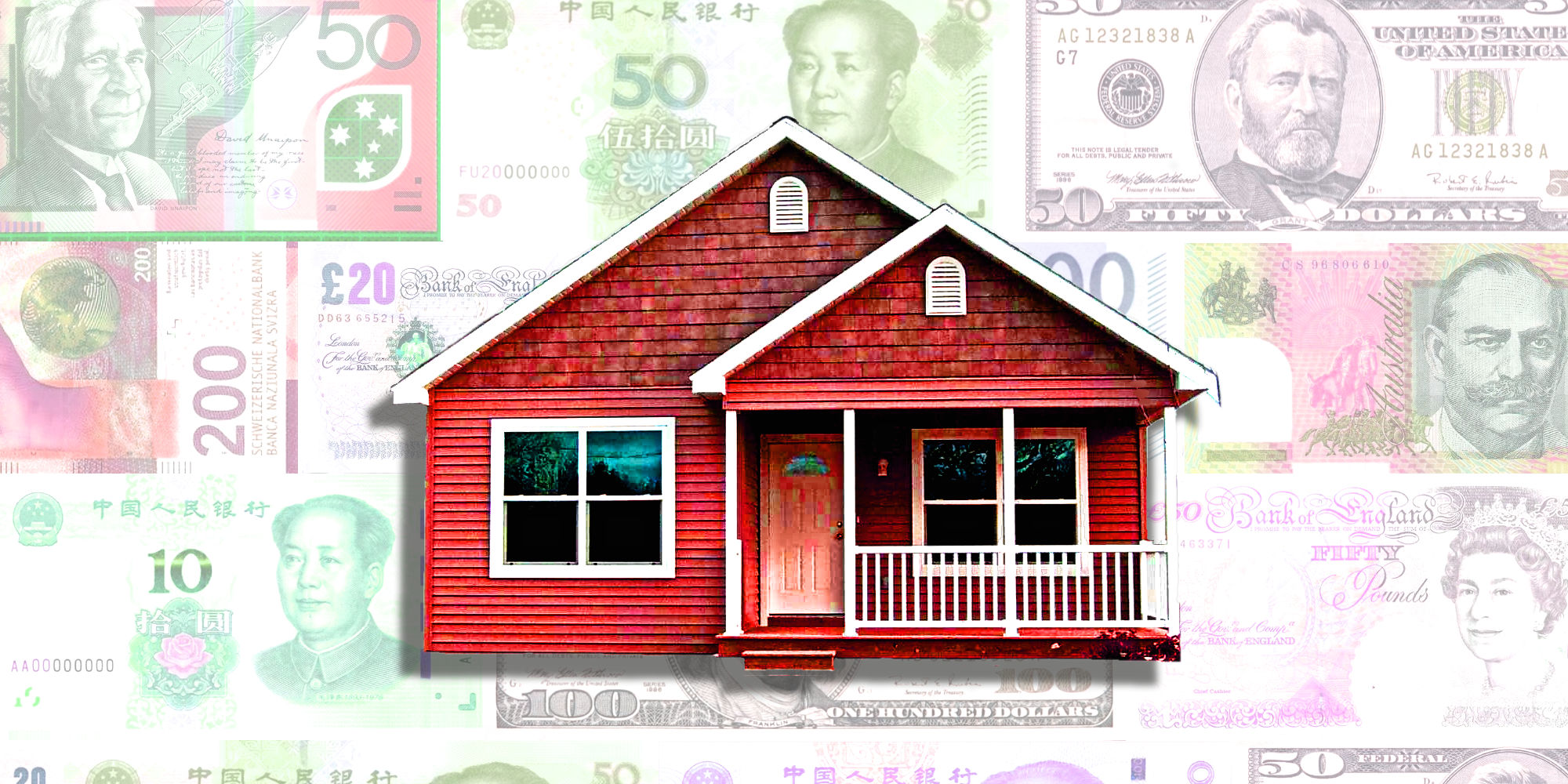 Leo Spalteholz, creator of the blog House Hunt Victoria, is one of Victoria’s foremost real estate experts. Here, we asked him to answer one of the Capital Region’s most burning real estate questions: Is foreign capital to blame for the increasingly unaffordable Victoria real estate market?

As you’ve probably heard, Vancouver is in a bit of an affordability crisis, and a lot of it is due to foreign capital. Before the foreign buyers tax was introduced in 2016, foreign buyers made up around 10% of all buyers in Vancouver and up to 16% in municipalities like Richmond. Meanwhile, a massive racket to launder money through Vancouver real estate has been making everything worse, with estimates of the impact ranging from a mild $100 million to a concerning $2 billion to a headline grabbing $5 billion (even if that was a wild guess).

So as Vancouver grapples with the aftermath of one of the most explosive housing price increases in modern history, it’s worth asking whether Victoria is being hit by the same forces. Below, some background as to what foreign money is doing to Victoria real estate.

Yes, even a small amount of foreign buyers can dramatically jack up prices

Vancouver’s rate of 10% foreign ownership may not sound like a big deal, since it of course means that 9 out of 10 buyers are still local. However, not all buyers are created equal.

When your bike lane-maddened Aunt Joe sells her house in Downtown Victoria and buys in Oak Bay, she takes one house off the market but adds one at the same time. Aunt Joe’s net effect on the supply/demand balance? Zero.

When someone from outside of Victoria buys a house, that house gets removed from the market and nothing is added. So, the supply of houses effectively goes down and, like any product in shorter supply, the prices go up. This is why an out-of-town buyer has a lot more effect on market pricing than a local buyer. As BMO’s Chief Economist put it, “while many downplay this factor (‘it’s only X% of the buyers!’), Economics 101 will tell you that the marginal buyer sets the price.”

Remember also that foreign buyers tend to purchase higher end properties. In Victoria, the average price for homes purchased by foreign buyers is 13% higher than homes bought by locals. Those higher priced properties are disproportionately single family homes instead of condos. This means that not only are foreign buyers buying up available inventory, they’re buying the houses whose supply is hardest to top up since, of course, Victoria only has so much land.

While Chinese money has been playing the biggest role in distorting the Vancouver market, in Victoria the foreign buyers are largely Americans. According to the Victoria Real Estate Board’s survey of where buyers are moving from, in 2018 60% of all buyers moving from abroad were coming from the U.S. And that’s been remarkably consistent. Over the last 10 years, 50% of buyers moving to Victoria from abroad were from south of the border. The survey only measures where buyers are moving from, not their nationality, but it’s still a pretty telling clue. Another indication? All the stories hitting the news lately about people getting hit by the speculation tax seem to involve American buyers.

How much foreign buying was there really in Victoria?

Up until May of last year, foreign buyers purchased about 4.2% of the properties in the region. The actual rate varied quite strongly by region though, with Saanich being far and away the most popular amongst foreign buyers. Victoria was second with all other municipalities far behind.

The introduction of the foreign buyers tax cut those numbers drastically. When the tax was extended to Victoria in May, 2018 foreign involved transactions fell by 78% to a mere 0.9% of total purchases. That’s much lower than Vancouver’s numbers (both pre and post speculation tax), but about twice the rate of foreign buying as in other B.C. cities such as Kelowna, where foreign buyers made up 2% of purchases before the tax, dropping to essentially zero after.

Percentage of foreign-involved sales in the Capital Regional District

Foreign-involved sales dropped off precipitously after the foreign buyers tax was introduced in May, 2018.

It’s not just foreign buyers that can distort a market, but any buyer that isn’t already living here. Be it a buyer from Phoenix or Prince George; both of them are reducing the supply of available homes and thus jacking up the price.

With that in mind, the single largest group of out-of-town buyers in Victoria are coming from the Lower Mainland. While the average annual influx of Lower Mainland buyers used to be only about 320 per year,  it quadrupled to over 1200 in 2016 and nearly 1000 in 2017.

From just 2015 to 2018, there were an extra 2200 buyers flooding in from the Lower Mainland — well above the 750 foreign buyers who purchased Victoria property in those years.

They’re not the only reason for Victoria’s price explosion, but it’s clear that if anybody is driving up Victoria real estate prices, it’s Vancouverites.

Peaking in 2016, there has been been explosion in the number of Lower Mainland buyers picking up property in Victoria

Why are so many Vancouver buyers fleeing to Victoria?

It’s not hard to understand why Vancouverites might be fleeing the mainland en masse to live on the island. For a long time, Victoria and Vancouver were pretty similar in price. Sure, houses always cost a couple hundred grand more in Vancouver, but the difference was not massive and –crucially — it was pretty constant over time. That all changed starting around 2010, when house prices in Vancouver started skyrocketing until, by 2018, a Vancouver house was $800,000 more expensive than one in Victoria.

Gap between average price for Vancouver and Victoria single-family homes

For years, the gap between Vancouver and Victoria home prices stayed stable at under $200,000. Starting in 2005, that gap began to skyrocket to a peak of just under $1 million.

So, in effect, Victoria real estate prices are high in large part because of the same forces that blew out Vancouver real estate. Money laundering and foreign capital made Vancouver unaffordable, “forcing” hundreds of homeowners across the Juan da Fuca Strait (as much as you can call cashing a winning lottery ticket being “forced”).  Those buyers in turn then contribute towards making Victoria unaffordable. When you throw a stone into a pond the ripples spread out and when the boulder of capital dropped into Vancouver we definitely felt the waves and are still feeling them.

Is this going to last forever?

Now that the foreign buyers tax has decimated direct foreign buying and the upcoming Beneficial Ownership Registry will root out buying through shell companies, there shouldn’t be much impact from foreign buyers directly in Victoria. That leaves the big wildcard known as Vancouver. Despite the market melting down there for the last year there is still a huge price premium for Vancouver over Victoria. We’ve already seen the softening Vancouver market lead to a corresponding decline in the number of Vancouver buyers arriving on our shores but the numbers are still somewhat elevated. I suspect those numbers will continue to drift downwards. That won’t magically make housing cheap, but at least it will start to make a bit more sense compared to local economic conditions.

Leo Spalteholz is the creator of House Hunt Victoria.